Electric restaurant griddle, also known as teppanyaki, is a way of eating vegetables. First heat the iron plate, then place fresh meat and vegetables on it, cover it and eat. Teppanyaki was invented by Spain in the 15th and 6th centuries. At that time, because of the advanced shipping industry in Spain, it often sailed and colonized the world. Because the crew members were together with the sea, life at sea was very boring. They then develop a cooking method of roasting sweet-smelling fish that was later passed on by the Spaniards to Mexico in the American continent and California in the United States. Until the early twentieth century, a Japanese-American teppanyaki introduced this cooking technology to Japan and improved it to become a well-known Japanese electric grill.

Compared to the original Japanese electric restaurant griddle, the Beijing electric grill has two improvements. One aspect is the change in ingredients. Japanese-style electric grills do not make non-high-grade ingredients, so the cost is high, and the teppanyaki chefs use their brains to move many of the ingredients in Chinese food to the iron plate for cooking. Meat includes chicken wings, chicken, bacon rolls, pork neck, lamb, lamb rolls, fat beef, fat beef rolls, etc., and vegetables include asparagus, white mushrooms, cabbage, cabbage, mushrooms, coprinus, green pepper and so on. Seafood include scallops, green mussels, anchovies, prawns, squid rings, etc. The main foods are rice and fried noodles, which can be fried on iron plates.

Before using the restaurant griddle, good ingredients are indispensable. Generally, you need to choose a good piece of steak or other meats, such as chicken and duck kidney, fresh squid, etc .; an appropriate amount of ginger, shallots, green peppers, soy sauce.

All in all, with the help of a restaurant griddle, all you have to do is to heat the electric griddle, add a little oil, put the meat and ginger slices, green peppers, cover the lid and let it cook for a while, add soy sauce when it is ready, and sprinkle the spring onions, and a delicacy is made. You can enjoy the cooking while sharing delicious food with your friends and family. 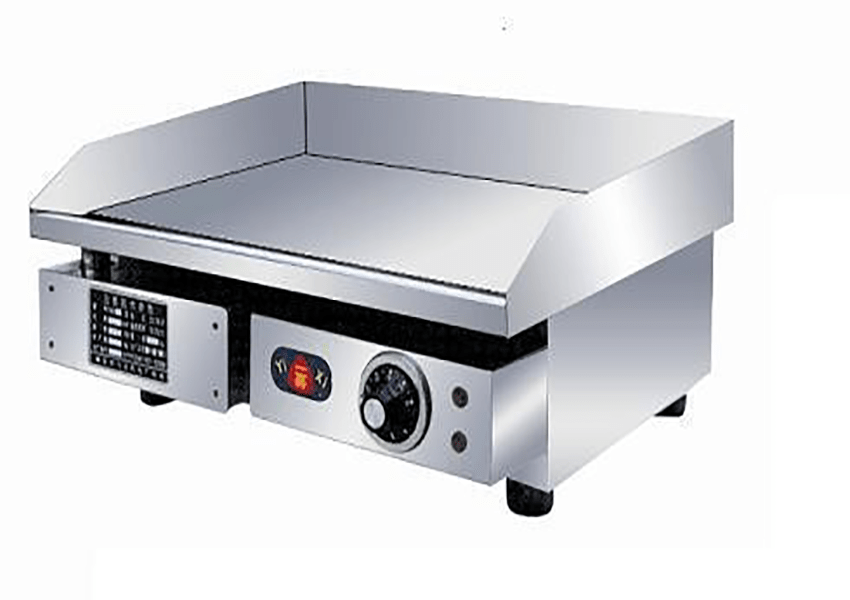